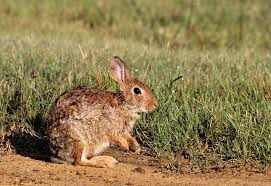 The expression poser un lapin is used very often in French, but what is the problem with rabbits?

In fact, with this peculiar phrase, the French-speakers refer to standing someone up. But what is the origin of this expression?

Using the book, already mentioned in another post 1000 expressions préférées des français . Planelles (2014), we will see that this expression has a somewhat tricky past.

At the end of the 19th century, people used to refer to not repaying a woman’s favours. It comes to bring together two terms belonging to slang: poser and lapin.

According to Alfred Delvau’s dictionary from the end of the 19th century, faire poser would refer to making a person wait, already in the past.

However, a few years later, Lorédan Larchey published a supplement to his slang dictionary that included rabbits in the expression.

But, what is the problem with rabbits?

It seems that, at that time, there was a game at the fairs in which rabbits appeared on a rotating display stand. A priori they seemed easy to win but, as in all fairs, it was almost impossible to hit a target.

Therefore, the one who “put a rabbit” was the man who made the woman he had enjoyed with wait for payment. In fact, and because of this, today, women who offer their services usually ask for payment in advance.

How can we translate this expression?

So, we can say that in poser un lapin that there is no problem with poor rabbits and the one who stands you up is a…. forgetful person?