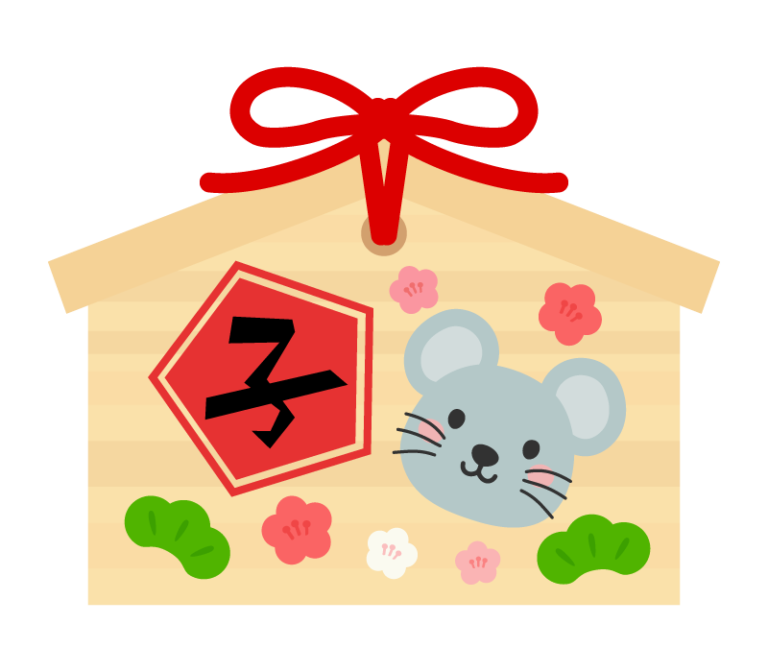 Today, we are going to talk about the origin of the Chinese Zodiac signs.

In case you don’t know, according to Chinese astrology, 2020 is the year of the Rat. In fact, last January 25th, the Chinese celebrated the entrance to the new year.

Likewise, although the Japanese celebrate the New Year like us Westerners, they also have in their cultural heritage the adoption of the Chinese horoscope. Precisely because of this, they have a story that explains the origin of the Chinese Zodiac: why the Rat is the first sign and why the Cat is outside it.

Since I find this story very interesting, I will translate it for you from the book entitled 日本昔ばなし101 (Manga Nihonbanashi 101).

A long, long time ago, deep in the depths of the mountains, on the top of one of them, there lived a god.

On December 30 of a certain year, and even though there was only one day left until New Year, that god wrote a letter to all the animals of the country. When he finished writing it, he left it in the window so that the wind took it away.

To the mountains and beyond

The letter flew to the mountains, the rivers, the valleys, the forests, that is, to all corners of the country. Thus, all the animals would have received it at dawn on December 31st.

The content of the letter was as follows: “The first twelve animals to come to me on the morning of January 1st will become, in order of arrival, the chiefs of that year. Signed: God.”

The animals, enthusiastic, said: “Well, well, we must be the bosses no matter what.”.

Now, of all of them, only one did not read the letter. A cat that was just standing there quietly.

Then, the Cat asked the Rat about its contents. The mischievous Rat, instead of telling him that this god had asked them to meet on the morning of the 1st, she told him that it was the 2nd. The Cat said, “Thank you, Rat, that’s very kind of you.”.

So, all the animals were excited and willing to win. “Well, since we have to be there early tomorrow morning, let’s go to bed”, they said, and so they did.

However, only the Ox said the following: “Since I walk very slowly, I will leave during the night,” and so he did.

The Rat, seeing him, jumped up on his back and said: “Ah, how comfortable this is!”.

The Ox, unaware of that, kept walking slowly and heavily and said: “Moo, it would be great if I get there first.”.

The next day, while it was still dark, the animals, in unison, departed. The Dog, the Monkey, the Tiger, the Snake, the Rabbit, the Rooster, the Goat, the Horse… all went running to the place where that god lived.

Finally, when the sun began to bathe the new year with its rays, the first to appear was… the Ox! Ah… no, it was the Rat!

The Rat jumped off the Ox’s back and, in an instant, stood before that god.

The Ox, with much rage, could do nothing and crying said: “Moo is not fair!”.

The announcement of that god

Then came the Tiger, then the Rabbit and the Dragon. Thus, when all the animals had arrived, that god finally set out to announce the order of the years.

-You have arrived in time, and I am going to tell you the order of the years. The first will be for the Rat, the next for the Ox, then for the Tiger, for the Rabbit, for the Dragon, for the Snake, for the Horse, for the Goat, for the Monkey, for the Rooster, for the Dog, and finally, for the Boar. Therefore, the 12 positions have already been decided.

So this was baptized with the name of the Chinese signs of the Zodiac.

That god surrounded himself with the 12 signs of the zodiac and started drinking sake to celebrate.

At that moment, the Cat, very bad-tempered, came running up and said: “You damn Rat! You have fooled me! If I catch you, I’ll eat you! Wait and see!

The Rat ran away in a hurry and the Cat chased after her: that was much talked-about celebration.

The order of the Chinese Zodiac signs

This seems to be how the origin of the Chinese Zodiac signs was formed, and hence the first year corresponds to the Rat.

Also, and because of the Cat could not be part of them, he is still angry and that is why, even today, he is still chasing her.

Well, I hope you enjoyed the story.